SATURDAY OCT 15. The plan was to leave Kalonge at 7am so I could make the boat from Bukavu to Goma at 11am. At 7am we were having breakfast (hot water, powered milk, and sugar, plus bread).

During breakfast, the elderly sewing instructor arrived with a shirt that had been made for me. I put my jazzy blue shirt on on top of the t-shirt I was wearing. It fit me perfectly. I shook the man’s hand, but for a Canadian that hardly expressed my feelings. So I gave him big hug. Culturally inappropriate, but totally understood and appreciated.

Finally on our way at 7:40am. The original crew plus a young woman and her baby (18 month old?) and a lot of large packages. A slight drizzle. Slow going again on the roads. A number of stalled vehicles to get around. I was very nervous about making it back to Bukavu by 11am.

As we plodded along, Theo’s wife was thinking about options for getting me to my boat on time and she found one – I could get on the back of a passing motorcycle and make the rest of the way to Bukavu that way. Oh boy, I was the only one seeing the good news/bad news joke in that. Fortunately, a path around the largest of the blockages was being completed just as we arrived, and ultimately I made it to the boat in Bukavu with a full 20 minutes to spare.

Back in Goma mid-afternoon.

As was preparing for my Saturday evening interview, Pastor Emmanuel dropped by my Guest House with a gift for me. A wooden relief of a woman and two children. He said that I can put it up in my office and whenever I look at it I’ll remember why I am working and who I am working for.

OF INTEREST (from interviews)

Poverty puts limit free expression of the press. Journalists here sign contracts on ethics with their media outlet, but in the journalist live day to day, often with no salary. “All journalists are ready to be ‘correct’ but they can’t be in the current conditions” – which translates as, they can be bought and can be bought easily to ignore a story or slant a story.

Election and violence. Again, I hear that President Kabila will use all means necessary to be re-elected. He will “arrange to win.” Again, I hear that the likelihood of violence after the election is high. The problem in the Congo is the same at the problem in Liberia – the opposition just needs to claim that the election was not fair and the grounds for conflict are set. The European Union Election Observers and the Carter Center had better be ready for the enormous responsibility they hold in their hands. It will be no easy task to declare the winner, and yet, it may be the deciding factor between conflict and no conflict.

“I talk to the foreign development agencies and they say, ‘when you have peace, we’ll develop your country.’ The Congolese say, ‘Give us peace, and we’re going to develop’.”

“You can give people the message about their rights, but they are hungry. Given them food, then they can listen.” 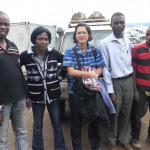 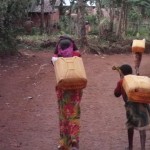 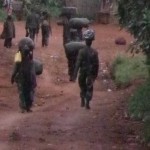 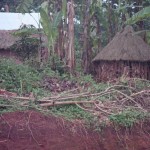 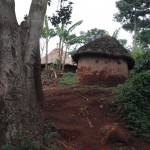 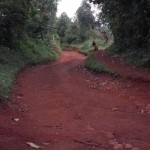