MONDAY OCT 17. My last full day in theCongo and four research interviews. Nice way to end the research trip. (The power is out again so I won’t be able to post this blog today.)

On the drive back from my last interview, I found a hole-in-the-wall — but highly functioning — internet café where I was able to print out myRwandatransit visa for tomorrow. The last logistical detail before the three day trip home toToronto. All set now.

POINTS OF INTEREST (from interviews)

Peace Dividend.  After war, people need to see the tangible benefits of peace – a Peace Dividend.  The absence of war isn’t enough if the promises of peace are not realized.  In many countries, the lack of progress post-conflict along with poverty and joblessness and other problems fuel renewed violence. I asked everyone I spoke with to give me their opinion on what the top priorities were for a Peace Dividend in eastern Congo.

I was offered many ideas:

Pragmora will carefully explore each of the Peace Dividend options suggested to us and vet with external experts.  We will then narrow the list of possibilities down to 2 or 3 items that are most likely to have a positive impact and establish a Peace Dividend Action.

CNDP.  There are so many rebels groups and former rebels groups, I know it’s hard to keep track. The CNDP were a Congolese Tutsi rebel group that stopped opposing the Government of theCongo and was formally integrated into the Congolese Army in early 2009. However, the CNDP maintained their external command structures and instead of fully integrating into the Army and society, it appears the “former” CNDP is gaining strength as an independent body even while its members remain in the Congolese Armed Forces.

Repatriation of FDLR Rebels.  The FDLR rebels are the most feared armed group in easternCongo.  They are Rwandan Hutus who fled across the border into theCongo after the Rwandan genocide as Tutsi forces were regaining control of the country. Some of the FDLR are believed to have directly participated in the genocide inRwanda.

Curiously, most Congolese I spoke with think the FDLR soldiers are stuck in theCongobecause they will be arrested and put in jail if they return to Rwanda. They feel that Rwandan President Kagame (a Tutsi) has shoved a Rwandan problem onto the Congolese.

In fact, FDLR soldiers who are captured in the Congo or who give themselves up to the UN peacekeepers are taken to a transit station on the Rwandan border and then put into a transition facility in Rwanda for a couple of months before being released into society. A former FDLR soldier is only arrested and put on trial is a Rwandan citizen recognizes that person as someone who committed a crime. I was told that only in a few extreme cases has an FDLR soldier been arrested after repatriation.

It is misunderstandings like this that continue to fuel the anti-Rwandan sentiments among many Congolese in the eastern region and maintain social readiness for more inter-ethnic conflict and cross-border conflict.

“I am not free here. I cannot talk about politics. I fear. I fear that I can be put in jail or even killed.”

“President Kabila is not popular but people may vote for him to avoid war.”

“Corruption is inside the poverty.”

“The EU Election Observers will be a guarantee that there will at least be transparency [in the elections.]

Glenys: “I hear the FARDC (Congolese Army) sometimes pillage villages and force villagers to carry their supplies and equipment long distances to the next village.”
Interviewee: “ALL the time.  And often do much worse. The FARDC are predators.”

Ready to head home. Tomorrow, Tuesday, I make the 3 hr drive back toKigali then a short flight to Entebbe, Uganda. Sleep overnight at the Entebbe Airport, then fly out in the morning to London.  Overnight Wednesday in London.  Then fly out Thursday afternoon to Toronto, arrving  home early evening!  Donated frequent flier miles save Pragmora a lot of money on travel costs for in-country research trips, but gosh they make for convoluted itineraries. 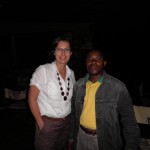 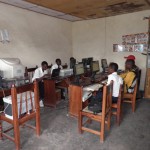 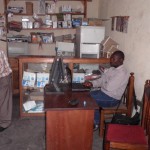