From early times Sri Lanka has been inhabited by both Sinhalese and Tamil peoples. Historical accounts say that the Sinhalese were the first major group to settle in Sri Lanka arriving from northern India in the 5th century BC, while Hindu Tamils arrived from southern India in the 2nd century BC. Hindu writings of 900 or 800 BC, however, mention Sri Lanka and attribute the island’s creation to the Hindu god, Lord Rama.

Until the colonial era, various Tamil and Sinhalese monarchies ruled over individual kingdoms in Sri Lanka, with periodic skirmishes and battles that changed the players and boundaries. The key issues were political and economic power, territory and resources, not ethnicity and religion. Sinhalese monarchies fought against each another as well as against Tamil kingdoms.

When the colonial powers arrived in force, Sri Lanka had three main power centres –two Sinhalese kingdoms (Kotte in the southeast and Kandy in the central highlands) and a Tamil kingdom at Jaffna in the north. 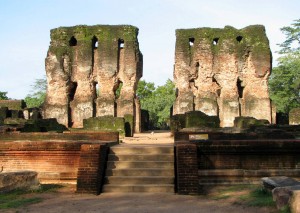