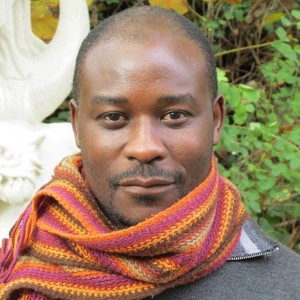 Crispin Mvano is an investigative journalist and researcher. With expertise in security-related issues, Crispin possesses an unparalleled depth of current knowledge about the myriad of illegal armed groups that operate in eastern Congo.

Crispin is also an Accredited Mediator for the disarmament and repatriation of members of the Rwanda FDLR rebel group that operates in eastern Congo, Coordinator of Africa Justice and Peace, and is a founding member and coordinator of the orphanage Amani Bweremana in Masisi.

Originally from Masisi, Crispin now lives with his family in Goma. He is conversant in French, English, Swahili, Lingala, Mashi, Kihunde, and Kinyarwanda.

Pragmora: For a long time, you have been saying that one of the most important things the international community can do to help bring about peace and stability in the DRC is to protect Rwandan refugees who reside in eastern Congo. Who are these Rwandan refugees and how does their presence in the DRC promote conflict?

Crispin: The Rwandan refugees are unarmed children, women and the elderly, mostly Hutus, who have been living on Congolese soil since 1994.

Their arrived in different waves in 1994 and 1998; others were repatriated to Rwanda by the UN High Commissioner for Refugees.

These people are called ‘default refugees’ because UNHCR [the UN High Commissioner for Refugees] does not recognize this group. UNHCR should protect these refugees, but it does not; rather, it is left to the Rwandan FDLR rebels to protect them.

You can classify these Rwandans into three types of groups:

First, are the refugees who are civilians and do not have direct connections with the fighters but live in the catchment areas of these to escape all the threats of military attacks; others are hiding in the Congolese population with false identity cards;

Then there are the dependents of the FDLR rebels. These civilian members of the FDLR are unarmed and live under the protection of the FDLR combatants;

Finally, the fighters. This is all the armed men and women who are ex-soldiers of the Rwandan Armed Forces, along with refugee youth who were born in the DRC or in Rwanda and continue the fight in all forms on Congolese territory .

The mission of UNHCR is protection, assistance and a durable solution. In none of these missions has UNHCR undertaken to provide relief the Rwandan refugees who have become wary of UNHCR, and aggressive. .

In 1996, UNHCR had protected and assisted these refugees, and then abandoned them after the bombing of their camps in North and South Kivu. This attitude of UNHCR has contributed to ‘sustainable issues’ rather than ‘durable solutions’.

UNHCR considers this category of Rwandans as refugees to be repatriated, hence this action is called “refugee repatriation.” But whether it’s a sustainable operation, UNHCR wary.

The policy of UNHCR is window dressing if it does not give assistance to the Rwandan refugees. Twenty years later, there are still 245,000[1] Rwandan refugees who resisted and remain without any assistance and protection. Yet UNHCR spends its budget on assisting internally displaced Congolese who are not one of UNHCR’s priority areas.

On this issue of Rwandan refugees, UNHCR has adopted a stance of not recognizing the refugees although it is UNCHR who should be advocating for a lasting solution for them. This attitude makes me believe that consciously, or under political pressure from Rwanda, UNHCR fears fulfilling its duties.

This confusion between [Rwandan] refugees and combatants and the lack of a comprehensive solution to their presence on Congolese soil has created a template for all the violent uprisings in the region.

“We must get rid of the génocidaires [FDLR] who rape our women and who constitute a threat against our neighbor Rwanda.” This has been the rationale of the rebels from 1996 until now. It is the rationale for such rebel groups as the Alliance of Democratic Forces for the Liberation, Congolese Rally for Democracy, Congress for the Defence of the People, the March 23 Movement (M23) and other armed local indigenous groups. All these rebellions were supported by Rwanda.

The presence of Rwandan refugees is the basis for promoting conflict because all the players are using it as a template. I do not say it is the only cause of conflict in the region, but this is the main cause that contributes to the other causes of the conflict related to poor governance.

The precedence of these unrecognized Rwandan refugees in the territory here enables conflict with Rwanda, and even internally in eastern Congo. This precedence has ramifications on the land conflict and land mining. The presence of the unrecognized Rwandan refugees constitutes a terrible challenge for the military alliances based on political-economic interests in the region.

Ignoring the cause of the conflict is to accept that the conflict persists in society because each cause must have its own unique solution.

If after 20 years refugees are abandoned and repatriated by force and there is no solution, why not ask “why?” Why not accept that the genocide in Rwanda had political roots, that is to say, to take power by the force of arms, and that the solutions must be political and integrated into a regional framework. Ignoring this reality facilitates the continuity of the crises in the region, and particularly in eastern Congo.

Pragmora: Tell us more about the Rwandan refugees. When did they arrive in the Congo? Where do these refugees live? How do they survive? Why have they not returned home by themselves?

Crispin: This confusion has given actors a template for their violence and for the lack of solutions.

The UN says the FDLR fighters reach almost5 800; while according to the Kinshasa government, the number of FDLR combatants is 1400, including more than three hundred fighters who have handed over their weapons recently in the process of ‘voluntary surrender of weapons.’

For the sake of the refugees who are now estimated at 245,000, not counting those who were afraid of being recorded, why not give protecting them a chance and not expose them to collaboration with the only group that protects them, the Rwandan FDLR rebels.

The focus of MONUSCO and the USA for the forced disarmament of the FDLR is an action that never succeeds and is also among the actions that supports the cycle of violence. MONUSCO, like the USA, offers solutions to help but in reality it enhances the experience of the problems for the local population. All military operations supported by the United Nations against the FDLR since 2008 have had a negative impact on the population, increased displaced persons; increased the number of women raped, the looting of crops, and the formation of resistance groups and alliances.

The strategies of these two actors were never accepted by the beneficiaries, the local population, who are the victims of these solutions—the many military missions, such as the so- called ‘Umoja Wetu’ in 2008, ‘Amani Leo’,…

For the refugees, there needs to be physical and psychological protection; food assistance, health and education; and then a lasting solution that will allow them to return home to Rwanda without fear of reprisal.

Regarding the combatants, the FDLR must disarm and the international community must agree that those in power in Rwanda are former enemies of the FDLR and consider assurances for their calm return without threat.

For all the Rwandans in three ethnic groups: Let every person suspected of involvement in the genocide access to justice to a voice the frustration of a ‘justice’ of the victors over the vanquished.

Pragmora:  A few hours ago, I read a new report alleging that apparently there is a classified MONUSCO document with evidence that the Rwandan FDLR rebels are helping Congolese Army officers make tens of millions of dollars annually through poaching, illegal fishing and the trafficking of goods, including gold, timber, charcoal, and hemp. Do you personally know of any instances of cooperation between the Congolese Army and its enemy, the FDLR? If true, why have the Congolese Army officers not been stopped a long time ago?

Crispin: Traffic resources is not only the preserve of the FDLR. I can say that everyone has collaborated with the FDLR—even the United Nations. The head of MONUSCO Kobler Martin said indirectly during recovery Kiwanja a community that was under control of the M23 in November 2013 that MONUSCO not does not cohabitate with armed groups. From 2006 to 2010, I personally saw MONUSCO bases provide electricity to the FDLR rebels to charge their phones and share coffee with them in their bases. But these experts have never seen this.

Also all minerals that have are exploited by the FDLR pass through Rwanda, which is the first beneficiary. MONUSCO experts are exaggerating. It is true that there are isolated cases of individuals or fighters doing business with some officers of the Congolese Army, but not really a collaboration that generates millions as often said in the experts’ reports.

It is necessary to speak about the Congolese national Army. It is important to understand that the Army consists of ex-combatants of armed groups, but is UN-backed. This is the only difference between it and a militia. In the Army there are former mai-mai [local defence militia], former FDLR fighters, and former soldiers of the Rwandan Patriotic Army. An army has a sole purpose of protecting the interests of individuals and the system that allows access to resources opportunities. An Army has only one purpose: to protect the interests of individuals and of the system that allows opportunities for accessing resources.

The UN has allowed even that still require negotiations with these criminals armed groups that lead distributed positions in the Army and in the administration instead of sanctions and prison for the group commanders responsible for violence of all kinds against the local populations.

Pragmora: Final question, is there anything international governments, like the Government of Canada, can do to help bring about long-term stable peace and democracy in the Congo?

Crispin: Canada is a recognized as a responsible country and is capable of persuading other countries like the United States to support the peace process—without any dividend or interest. Canada can speak in support of our truly ‘humanist interest’, that is to say, the interest that helps us Congolese and Rwandan people have peace…with no peace for politicians who construct their regimes based on maintaining the conflict.

Advocacy by Canadian civil society and the Canadian government would add value to our struggle for peace and be a partner that can accompany us to the peace that we lack.

The United Nations must consider the views and proposal of the Congolese people.