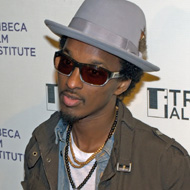 Somalia is  known for its rich history in literature and poets. Margaret Laurence, a famous  Canadian novelist, called Somalia “a nation of poets.”

K’naan (Keinan Abdi Warsame) is a famous poet/rapper/troubadour from Somalia whose song Wavin’ Flag is known around the world. It was the Official 2010  Olympics Song, the official FIFA 2010 World Cup Anthem, and was also recorded to raise money for Haiti.

K’naan lived in Somalia  until age 13, when he and his family were forced to flee the civil war. K’naan now lives in Canada, but continues to support the people of Somalia. K’naan comes from a family of poets–his aunt  is a famous Somali singer and his grandfather is a poet. 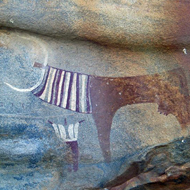 In  Somaliland in northern Somalia, there are caves with rock paintings that date as far back as 9000 BC.  Discovered only in 2002, these remarkable, colourful drawings depict everyday Somali life and ceremonies.

There is now a call for UNESCO to protect this unique site. 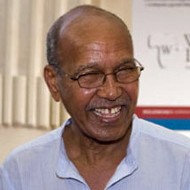 Nuruddin Farrah is a name often mentioned as a likely candidate for the Nobel Prize in Literature. Nurrudin was born in Somalia, educated in India, and is most famous for his ‘Blood in the Sun’ trilogy. ‘Gifts’, the second book in this trilogy, received several awards, including Best Novel Award in Zimbabwe and St. Malo Literary Festival Award in France.

In 1978, during one of his book tours, Farrah was warned that the Somali government wanted to arrest him over the content of his book ‘A Naked Needle’ which explores the relationships of Somali men and women with Westerners. He did not return to Somalia for twenty years. [/fourcol_one] [fourcol_one_last] 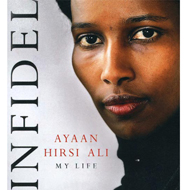 Ayaan Hirsh Ali jumped onto the international stage, and into controvery, with the 2007 publication of her memoir, Infidel. She writes about life as a girl in wartorn Somalia, and as a refugee in Saudi Arabia, Ethiopia and Kenya. Her book, speeches and activism have brought death threats from Islamist fundamentalists as she decries female circumcision, male-domination, and the injustices of Somali Islamic practices.

She became a member of Parliament in The Netherlands, currently lives and works in the United States, and fights to protect the rights of women and girls from oppression justified by religion and culture. 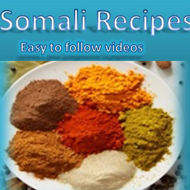 Xalwo  (also called Halwo or Halva) is a sweet confection made out of sugar, cornstarch,  cardamom, nutmeg, ghee and optional peanuts. It is eaten at special occasions  like weddings. The following link will bring you to a page that shows you how  to make your own Xalwo dish. MAKE IT!