PRESIDENT KABILA, BE A HERO!

We are asking President Joseph Kabila to leave office on December 19–the last day of his second and final term in office as President.

CLICK HERE TO SEND AN EMAIL MESSAGE TO PRESIDENT KABILA

The Constitution of the DR Congo stipulates that the elected term of a President is 5 years and that the maximum number of terms is two. Furthermore, Article 220 of the Constitution states that these articles are ‘locked.’ That is, the length of a president’s term in office and the number of consecutive terms cannot be changed by any means whatsoever, not even by a referendum or the Constitutional Court.

In September, President Kabila convened a ‘National’ Dialogue. Even though key opposition leaders, political parties, and independent civic groups did not participate (including Etienne Tshisekedi, Moïse Katumbi, and Lucha), the Dialogue produced an accord which stated that the presidential elections will not be held until 2018… and that President Kabila will remain in power until then. Over the past two months, government agencies have cracked down on journlists, cut the signals of some radio stations, prevented peaceful demonstrations, limited the movement of opposition leaders….

The key opposition groups in the DR Congo are all united in their insistence that President Kabila respect the Constitution and step down on December 19. And they are united in their desire for a peaceful transition of power.

Presidential candidate Moishe Katumbi has said that if President Kabila stands down in December he “will go out as a great president who will be praised everywhere,” and if President Kabila does step down it will allow the DR Congo to experience its first peaceful transition of power and that would make Kabila the “father of Congolese democracy“.

There is still an opportunity for President Joseph Kabila to do the right thing and tell the people of the Congo that he will leave office when his second term ends.

Send an email message to President Kabila urging him to be a hero — to step out of office on December 19… and step into history. 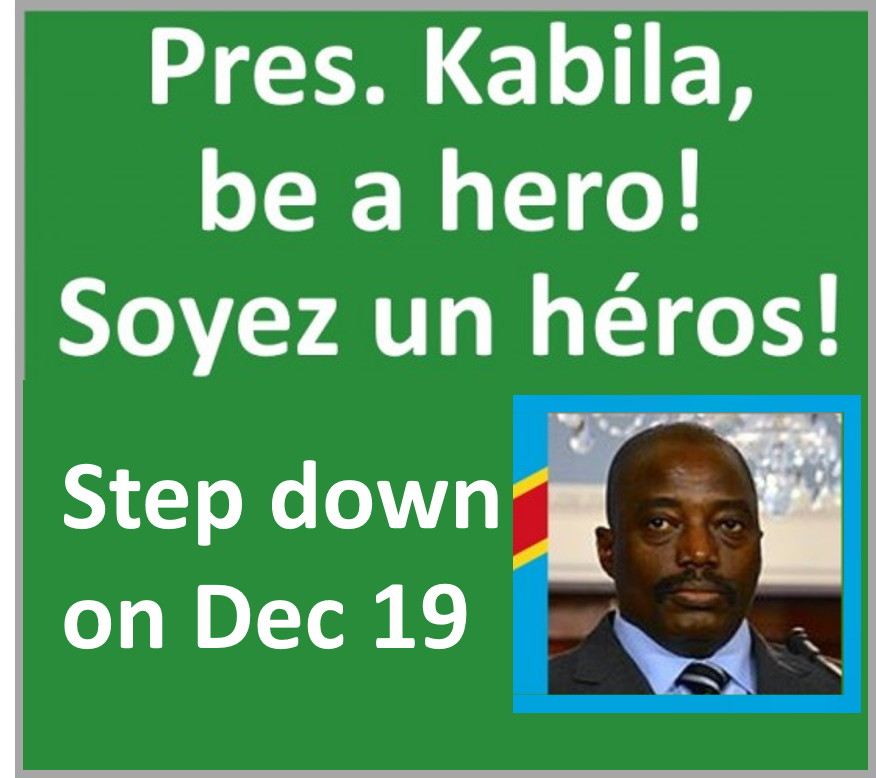 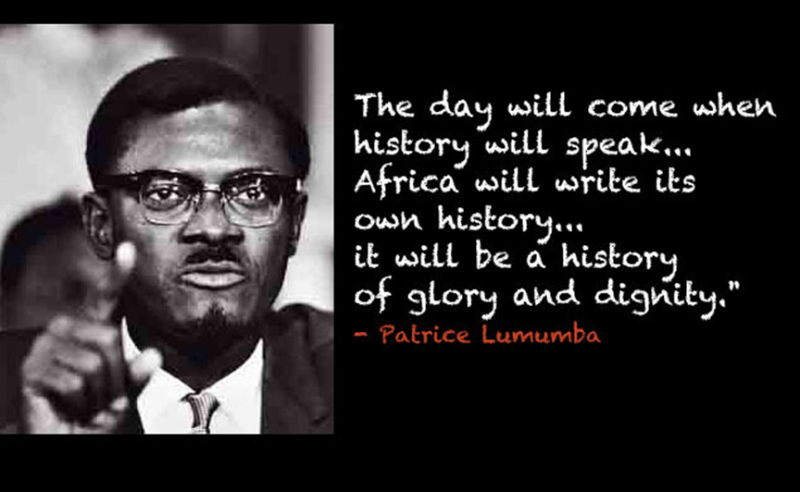 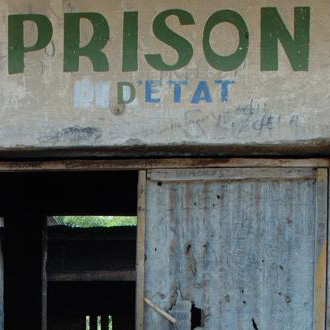