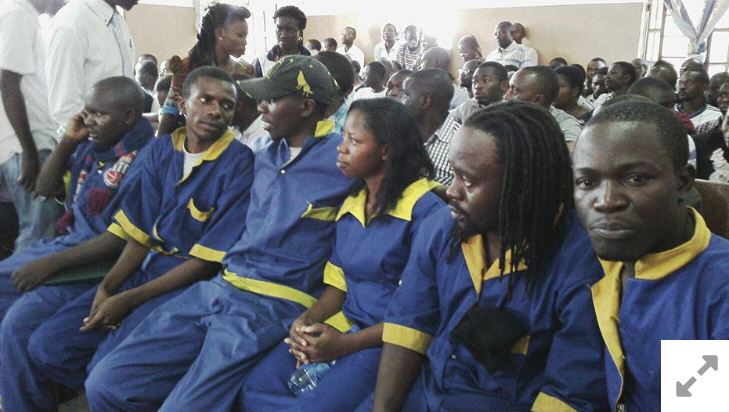 In the pre-dawn hours prior to a national General Strike, police woke and arrested six Lucha members in Goma. In Kinshasa, Bienvenu Matumo and Marc Heritier Kaitaine were taken by security forces; their whereabouts remain unknown.

Persistent targetting of Lucha activists began with 24-year-old Fred Bauma who has been illegally imprisoned since last March 15. The UN, US, EU and others have called for his release.

Yesterday’s General Strike was to let President Kabila know that they expect him to respect the Constitution and leave office when his second and final term ends on December 19.

Pragmora condemns the ongoing brazen attacks on the Lucha youth, and calls on the Government of Canada to step forward and help find an acceptable path for President Kabila to leave office. On time.