The two young men were hoisted up on the shoulders of celebrating supporters outside the court house.  [click to watch the extraordinary moment of their release. video clip]

You took action. You sent email letters. You let the Congolese authorities know the world was watching. Your action and the actions of thousands of other individuals in the Congo and around the world created the pressure that ultimately gave Fred and Yves their freedom. 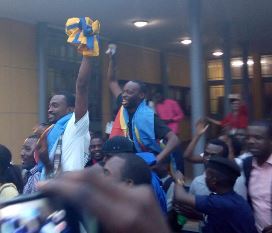 Fred on the left, Yves on the right 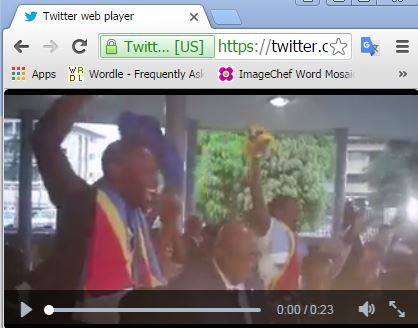 Video clip of the moment they left the court house

Next week, Pragmora will launch a new campaign to: 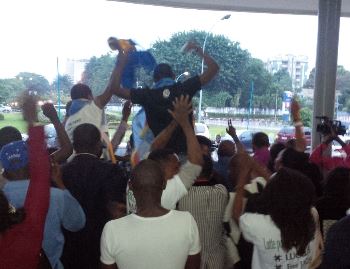 Up on the shoulders of jubilant supporters