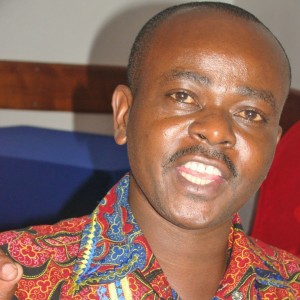 The Bisie Tin Mine and Canada’s Alphamin Mining Company

Janvier Murairi is the President of ASSODIP, a not-for-profit organization based in eastern Congo that undertakes research and advocacy programs in support of rural populations in the North Kivu province of eastern Congo. Janvier has particular expertise in the range of socio-economic and security impacts of the mining sector on local populations, including in Bisie. He has participated in the meetings of the OECD-ICGLR-UN Group of Experts in Paris and in Kigali discussing due diligence and Conflict Minerals.

Janvier is also Acting Executive Secretary of a coalition of 11 Congolese anti-slavery organizations, and an advisor to ADECOP. Previously, he served as the Chief Financial Officer for Solidarity for Social Promotion and Peace. Janvier holds a university degree in legal studies.

Bisie is a remote town in the Walikale district in eastern DR Congo. It has lucrative deposits of tin (cassiterite), along with coltan, diamond, uranium, cobalt, and bauxite deposits.

Since its discovery in 2004, tin has been extracted through artisanal and small-scale mining. In 2006, the Mining and Processing Congo company (MPC) was granted exploration permits for the Bisie Mine with the expectation that a large-scale mining operation would follow. In August 2011, the Canadian company Alphamin acquired a majority interest in the Bisie Tin Mine and today is the sole owner.

Throughout most of the past decade, the Bisie mineral deposits have been under the physical control of various rebels groups and a renegade brigade of the Congolese Army.

Today, Alphamin awaits government permits to begin modern industrial mining of its Bisie Tin resources; however, conflicts with local artisanal miners have not yet been resolved.

Pragmora: For a little background, can you tell me briefly what your connection is to the Bisie mining region? 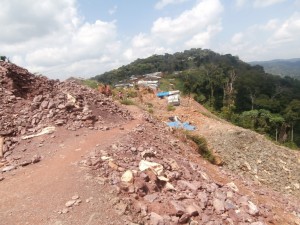 Janvier: I am originally from the province of North Kivu whose Walikale Territory is the largest, and potentially the richest, in minerals in the DR Congo. The Bisie mine site is located in North Kivu.

I have visited Walikale for socio-economic research, particularly on the economic and social impact of artisanal mining of minerals on the local population. I am one of those who believes that the minerals may, if there is
good governance and if there are no conflicts, not only could contribute to the economic development of the Walikale territory, but also to my province and
the country. So the question of Bisie and other mining sites in North Kivu concerns me.

Pragmora: The Bisie Tin Project has been the target of periodic protests and attacks by local artisanal miners. The latest attack in July forced Alphamin to shut down operations for two months. Why are artisanal miners angry at Alphamin? It is just a few individuals, or is this anger widespread? Do some locals think Alphamin is good for the community?

Janvier: The population of Walikale and North Kivu province does have not have enough information about the approach and the policies of Alphamin. Rather, it is MPC that is better known in the area. Relations between MPC and the local community, including civil society and individual miners, have often been strained.

There are several factors at the root of this tension at the local level.

For the miners, there would be no artisanal mining zone so many would consequently be unemployed should the company begin commercial operations. Local civil society organizations believe that MPC and Alphamin will not have policies that are truly socially responsible towards the local communities.

Several development promises have been made, but they end up being ‘white elephants.’

Landowners, that is, the traditional authorities and local populations of Bisie, and the Bangandula tribe in particular, feel that they were not adequately consulted by the public authorities on the MPC issue.

In short, the exploitation of minerals by a company that considers both its interest and those of the communities–including artisanal miners—would not be rejected. It would also, in my opinion, be welcomed. 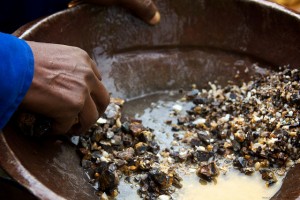 Pragmora: Do artisanal mining cooperatives and individual artisanal miners have any legal options to ensure they are able to continue small scale mining?

Janvier: The Congolese Mining Code recognizes the need for scaled exploitation of minerals, which must grow in order to promote a Congolese middle class.

Pragmora: What do you think Alphamin could do to improve relations with the local community, in particular from local artisanal miners? To put it differently, what does the Congolese Bisie community want from its new neighbour, Alphamin?

Janvier: Very simply, I believe that MPC and Alphamin should conduct public consultations with communities in Walikale and in the province to collect their wishes for the peaceful operation of the Bisie Mine. 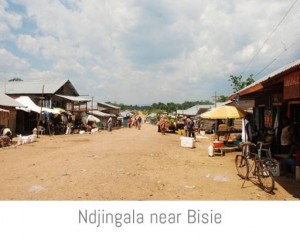 MPC and Alphamin should explain their approach to work and present the local community with a clear local development plan that takes into account the road, school, medical facilities, and so on. They need to mount a clear plan for environmental protection.

It is important that they establish a livelihood development program for alternatives to mining activities, such as in agriculture. That said, they need to provide an artisanal mining zone for the artisanal miners.

Finally, MPC and Alphamin should establish, with the consent of the communities, a permanent framework for interaction with all stakeholders, and talk to those who are the landowners under traditional law and to the local traditional authorities in Bisie and consider their land claims as they feel they have been dispossessed of their ancestral lands without actually receiving anything in return.

I believe this approach can help appease the long strained relations between communities and MPC / Alphamin.

Pragmora: There has been a lot of discussion about the Dodd-Frank conflict minerals legislation which is intended to ensure that American companies only buy minerals from the DR Congo that can be proven to be conflict-free at source and all along the supply chain to the end purchaser. Does the Dodd-Frank legislation affect artisanal miners in the Bisie area? 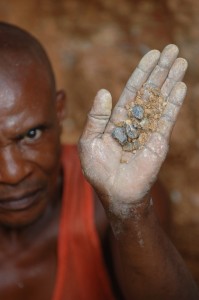 Janvier: This debate actually exists. There’s a shadow of a doubt that a link exists between natural resources and the conflict in the Kivu region. Several reports from civil society and even public authorities have come to this conclusion.

Dodd-Frank emerged because it was necessary to cut the link between natural resources and the persistent conflict, even though the minerals are not the only resource that sustains the armed groups. If peace were to return, we would have to acknowledge that this law has greatly contributed to peace in the Kivus.

Several ideas have been floated on the fate of artisanal miners under the Dodd-Frank Act. It would seem it is the artisanal miners who have been most adversely affected by the law. At this point, I put a negative. How did they live before this law? I think it would be useful to conduct a socio-economic survey of the miners before and after the passage of Dodd-Frank before drawing conclusions that are biased.

Before this law, the diggers did not truly benefit from the fruits of their labor. Minerals have served people who were posing as diggers when they really were not. They used the diggers as steps or stairs. Before this law, how could true diggers improve their socio-economic status? Not many would have been able to build even a small house… hence the need for formalizing the artisanal mining sector by establishing genuine corporations and cooperatives that improves the conditions for those who go down into the holes, the ones who actually do the artisanal mining of minerals in Bisie.

Opponents of the [Dodd-Frank] law say the economy of the province and the country has suffered greatly from this legislation. I do not share that opinion. I know Walikale, North Kivu, before the law. No school infrastructure, road, or hospital was built during Bisie’s boom era. It is unacceptable to me to see that the exploitation of minerals in Bisie happened alongside crushing poverty in the country.

To conclude, I would say that the law is the work of humans, so it is perfectible. But we must recognize its merits, especially in terms of human rights.

Economic interests should not override the fundamental human rights on top of which the right to life.