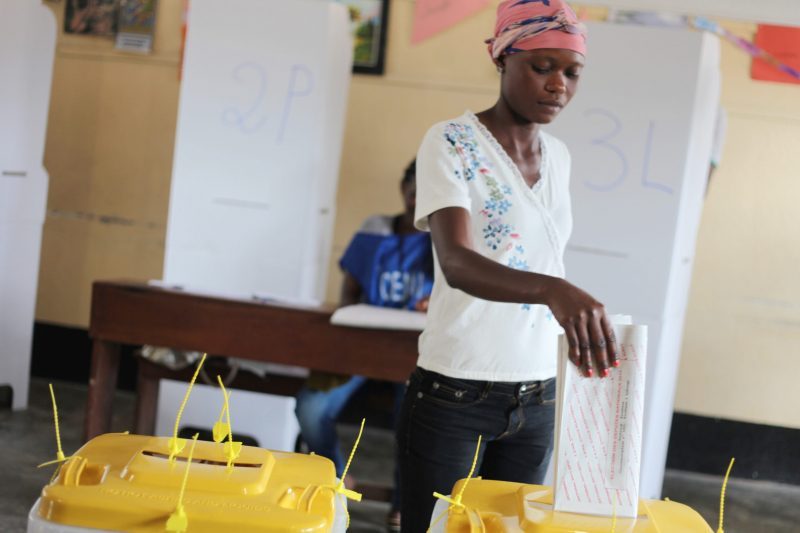 Simple Action Today to Prevent Conflict Escalation in the DR Congo. Why Not?

As the world scrambles to respond to the latest uprising, Canada has an opportunity to be proactive and to prevent an explosion of the long-simmering conflict in the Democratic Republic of the Congo.

It is critically important for the DR Congo’s future stability that their November elections are not only free and fair, but are declared free and fair by an independent international body. Such a declaration will ensure opposition forces cannot question the legitimacy of the elected president and parliament, and will also support the fragile democratic process.

The simple, inexpensive act of Canada sending a formal Election Observation mission to the DR Congo could prevent a mass escalation of the ongoing conflict.

Free and fair elections alone will not guarantee peace, stability and democracy. But if these elections are not acclaimed free and fair, there is a very real risk that the ongoing violence will not only engulf the Congo, but also threaten the fragile peace in neighbouring Rwanda, Uganda and South Sudan. While in Goma last year, a seasoned aid worker put it to me starkly, “When this region blows, it all blows.” Supporting democracy in the DR Congo is squarely in Canada’s political, security and economic interests.

Today, the Congolese people are divided along ethnic lines. Democracy is floundering. Rule of law is absent. Crimes are not punished. Rape, gang rape, and re-rape are prevalent. Civilians, soldiers and rebels alike know they can act with impunity – and do so. The government is unable to shut down the various armed factions. Congolese soldiers who are supposed to protect the civilians behave like the rebels – looting, raping, and illegally mining minerals for personal gain.

Over the past year, there has been an upsurge in violent attacks by various armed groups, particularly in the eastern region of the country. Mai Mai ‘community self-defence’ groups are reemerging, but this time aggressively attacking villagers, and even killing UN peacekeepers. The FDLR rebels (a remnant Rwandan Hutu group) were never fully defeated and continue to pursue their anti-Tutsi agenda. The notoriously brutal Lord’s Resistance Army crossed the border from Uganda and its cells now terrorize locals in the northeast. Forced to flee conflict and strife, more than 2.5 million Congolese are refugees in neighbouring countries or internally displaced.

In this context, it is difficult to understand President Joseph Kabila’s insistence that the 20,000 strong UN peace mission, MONUSCO, leave the country no later than June 30th of this year. Without logistical support from MONUSCO, international missions will be unable to access the vast remote areas of the country to observe the electoral process.

It is also disconcerting that just a few months ago Kabila successfully led a parliamentary initiative to eliminate the run-off vote in presidential elections. This Constitutional change substantially favours the re-election of President Kabila to the detriment of opposition contenders.

The very presence of formal international election observers on the ground will encourage the government to conduct the elections within international norms. In 2006, more than two dozen organizations and countries, including Canada, sent monitors to observe the Congo’s first democratic elections. It remains in Canada’s core strategic interest to proactively support this fledgling democracy, even if other countries are not.

Canada must move quickly now to establish an Election Observer Mission in time for the November 27 elections. Canada should also take a leadership role and encourage the European Union, African Union, United States and other countries to do likewise.

Election Observation Teams require a formal invitation from the DR Congo, which Canada can request through diplomatic channels. “They haven’t invited us” must not be an excuse for neglecting to send official observers. If President Kabila rebuffs our request, then we will have even greater reason to worry about what is going to transpire this November.

More than 5 million Congolese people died as result of the 1998-2003 Congolese War, while the world’s attention was diverted. Surely Canada has a moral obligation to pay attention this time.

There will be no excuses for hand wringing later. We know what to do. We’ve done it before. It’s simple and inexpensive. Why not take action?