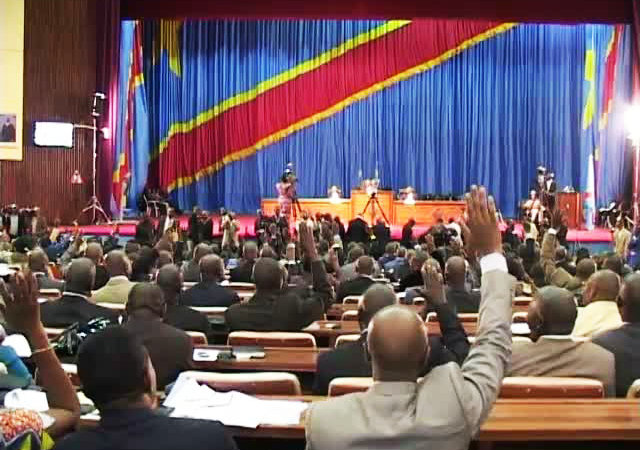 Attention now! More than 5 million Congolese people died as result of the Second Congolese War (1998 – 2003). These five million plus deaths missed the attention of the world, weary of Africa in the aftermath of the Rwandan genocide. We must pay attention now, close attention, as democracy in the Congo slips and conflict bubbles up.

Parliament changes election rules. With sadness and a sense of foreboding, I read yesterday that the parliament of the Democratic Republic of the Congo had voted to eliminate the run-off vote in presidential elections.

What exactly changed? In the previous system there was a run-off vote between the two leading contenders so that the President would ultimately win by majority vote of the population. Now, with just one round of voting, the person with the most votes becomes president – even if that person had only 20% of total votes.

Why does this change matter? In the Congolese political landscape, the opposition to the current President is fragmented. With a run-off vote between the top two contenders from the first round of voting, either President Joseph Kabila or an opposition leader might have won the upcoming November 2011 elections. Now, with just one round of voting, President Kabila has all but secured his re-election in November. Which was his intention in proposing the Constitutional change in the first place.

Democratic means to justify less democratic ends. To be clear, this Constitutional change was undertaken by parliament through a democratic process consistent with Congolese Constitutional law. But that doesn’t mitigate the fact that the outcome is LESS democracy for the people of the DR Congo. In part, this is because the will of the majority will no longer determine who becomes President. In part because the intention of the Constitutional amendment was not to serve the public interest, but rather to benefit private individuals, as Jason Stearns points out. Further, this amendment was only one of eight amendments. Some of the other amendments concentrate power in the hands of the president. For example, the President now has the legal authority to dissolve elected provincial parliaments and to fire elected provincial governors!

The big picture. Peace, human rights, and economic development in the DR Congo need democracy. But democracy is slipping away.

Last June, at the insistence of President Kabila, the MONUC peacekeeping force began to withdraw from the Congo. Given the ongoing conflict in the country and the obvious need for the 20,000 strong force, it has been suggested that Kabila insisted MONUC leave the Congo entirely in 2011 in order to limit international observation of the November presidential elections. MONUC is uniquely able to access remote areas of the country. In July, three opposition radio and TV stations were shut down for three days with no official reason given for the action. That same month a well-known human rights leader was flagrantly killed by police. While there is no link to President Kabila, his government has in the past used violence and intimidation to eliminate political opponents. Now, the President initiates a Constitutional amendment to enhance his power and increase his chances of re-election.

Free and fair elections in November 2011 are critical if the people of the DR Congo are to have a chance at peace, human rights, and economic development.

What you can do. Please stay tuned. In late January Pragmora will launch its Peace Plan for the Congo. You will receive notification. At that time, the Pragmora website will have specific actions you can take to help prevent conflict and stabilize peace in the Congo. We will have an easy-to-use link to an email letter you can send to your government to encourage the implementation an international Election Watch 2011 for the DR Congo.