Jan 27, 1991. The United Somali Congress (USC), a powerful rebel faction opposed to President Siad Barre’s regime, takes control of the presidential palace and Mogadishu. Led by Mohamed Farrah Aidid in the south and Ali Mahdi Muhammad in the north, the USC ousts President Barre from power while various competing clans divide the country into 12 conflict zones.

Ali Mahdi Muhammad breaks with Aidid, (dividing the USC into two factions), and declares himself the interim president. Civil war breaks out between the two factions.

May 1991. The north-western part of Somalia declares itself independent as Somaliland. [MAP]

Nov 1991. Local warlords and separatist groups dominate much of the country. Unable to maintain control, President Muhammad resigns. Somalia falls into anarch with many competing factions.

Apr 1992. UN Operations in Somalia (UNOSOM I) is authorized to begins its mission to provide humanitarian aid to Somalia and to monitor the civil war.

Jun-Oct 1992. Violent conflict persists in southern Somalia between competing rebel groups, clans and warlords, while drought rages throughout the country. An estimated 200,000 people die as a result of conflict, drought, and famine.  more

Dec 1992. UN Security Council Resolution 794 authorizes the creation of Unified Task Force (UNITAF), also known as“Operation Restore Hope”. This mission allows US troops to use “all means necessary” to protect the delivery of humanitarian aid in Somalia. President George Bush informs the nation. UNITAF is the first Security Council Resolution that allows force to be used in order to deliver humanitarian aid. UNITAF is the successor to UNOSOM I.

Dec 9, 1992. US Marines land near Mogadishu under the authority of UNITAF; they are supported by 27 different countries.

Mar 1993. Somalia continues to lack a functioning government, an organized police force, and national armed forces. As a result, the UN Secretary General Boutros Boutros-Ghali recommends a transition from UNITAF to UNOSOM II. UNOSOM II was tasked with completing disarmament and reconciliation begun by UNITAF and to restore peace, stability and law and order.

Oct 3, 1993. US soldiers from an elite team are dropped from Black Hawk helicopters into Mogadishu to abduct two of Aidid’s lieutenants at the Olympic Hotel in connection with the Pakistani killings. After two helicopters are shot down, a 15-hour battle ensues that ends with 500 Somalis and 18 American soldiers dead. MAP

The American public is horrified when CNN broadcasts video of the mangled body of an American soldier being dragged at the end of a rope through the streets of Mogadishu. This event later becomes known as “Black Hawk Down”.

After seeing the broadcast the American public turns against UNOSOM II.

Mar 1994. The United States pulls out of UNOSOM II and leaves Somalia.

CONTINUE TO: Amid Civil War, A Transitional National Government is Formed (1995-2006) 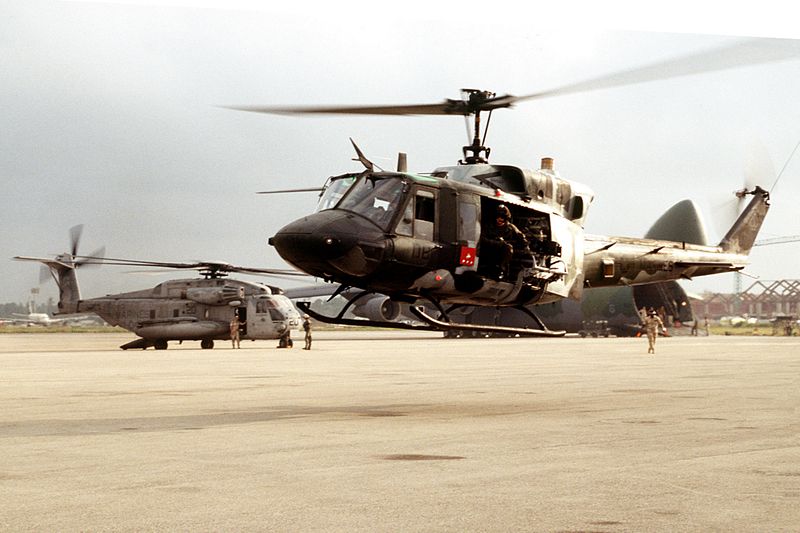 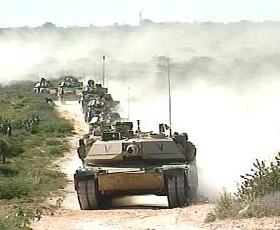