Ossete (Alan) Migration to the Caucasus

Georgia’s  recorded history dates back more than 2,500 years. The Ossetians descend  from the Alans, an Iranian tribe that is a branch of Sarmatians.

600-150 BC. The Kingdom of Colchis, the Kingdom of Iberia, and  Persian-held Iberian territory in the Caucasus  region cover the territory that is now Georgia. MAP

66 BC. The two ancient Georgian kingdoms of Colchis and Iberia region are conquered by the Romans and remain Roman “client states” for about 400 years.

100-200 AD. The Alan tribe migrates from Central Asia  and settles in southern European Russia between the Don River and the Volga  River.

337. King Mirian  III of Iberia declares Christianity to be the state religion and the  first Christian king of Iberia

350. The  Huns, a nomadic people, invade from the east and destroy the Alan Kingdom. The Alan people scatter. One group  of Alans heads southward to the northern Caucasus mountain region.

501-600. The displaced Alans settle in the area of present-day North Ossetia, Russia. MAP

700s. A consolidated ‘Alania’ Kingdom emerges in the northern Caucasus Mountains, roughly in the location of modern North Ossetia, Russia. 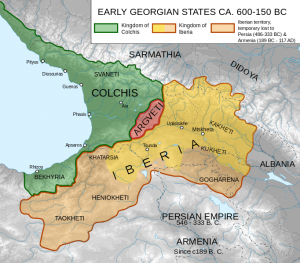 975-1014. Bagrat III, who is both the King of Abkhazia and the King of Georgia, unifies the two Georgian principalities into the Kingdom of Georgia.

1189. Decades of cooperation between the Alans and Georgians culminate in the marriage of Prince David Solsan of Alania and Queen Tumar of Georgia. 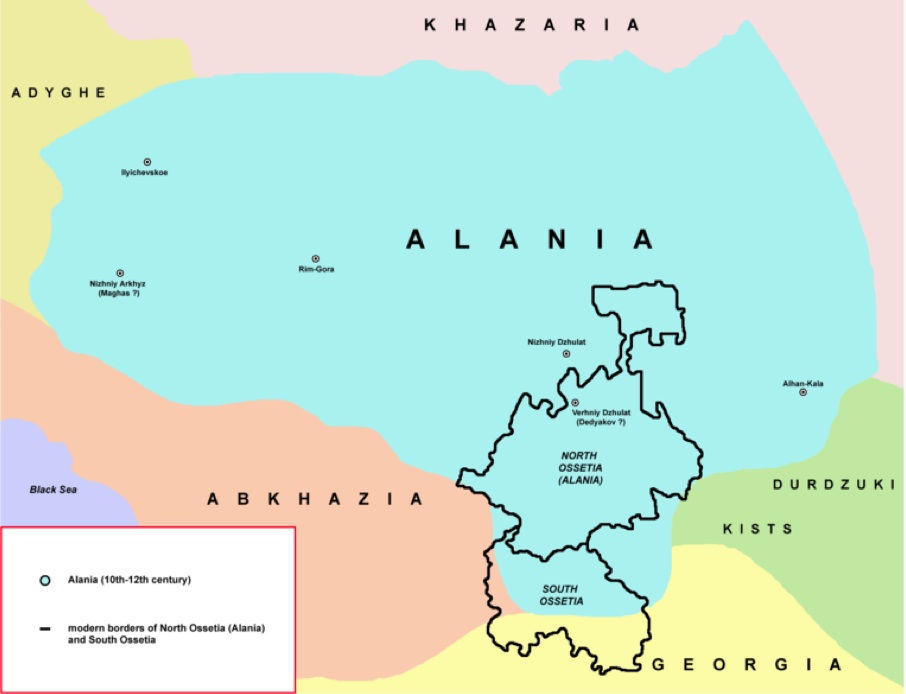