Destruction of Alania; Flight into Georgia

1762. Erekle II succeeds his father as King  of the Georgian Kartli-Kakheti Kingdom. He then extends Georgian rule over various  Muslim principalities.

1769. King Erekel II turns to Russia to protect Georgia against attacks by the Ottomans and Persians.

1774. Russia  and the Ottoman Empire sign the Treaty  of Kucuk Kaynarca which ends the six-year Turko-Russian War.

1783. Georgia’s Erekle II and Russia’s Catherine the Great sign the Treaty of Georgievsk, in which Russia is required to provide protection to Georgia. Georgia becomes protectorate of Russian Empire.

1801. Russia decrees Georgia to be incorporated into the Russian Empire.

1810. The Russian Empire conquers the kingdom of Imereti in western Georgia and incorporates it into Georgia. MAP 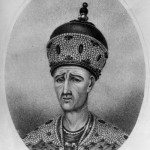 1812. Rebellion breaks out in village of Akhmet. A Russian officer is accused of raping a Georgian woman and his men are killed. 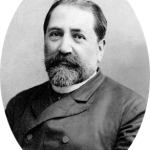