May 18. Immediately following the end of the war, Sinhalese citizens rejoice openly on the streets of Colombo, the Sri Lankan capital. Sri Lankan flags fly everywhere. Subdued Tamils mourn the death of the LTTE Tamil Tiger leader and the loss of their dream of a separate homeland.

Tamils who had been caught in the combat zone now pour into the government-run camps seeking shelter, brining the total number of internally displaced persons (IDPs) in camps to almost 300,000. Camp conditions are terrible, but the Tamils are not free to leave. The government begins to refer to the camps as “welfare villages” while others begin to call them “internment camps”. The International Committee of the Red Cross makes an urgent appeal for humanitarian aid to be allowed into the camps.

May 19. President Mahinda Rajapaksa gives his first post-war speech. He calls for reconciliation in one country with one flag and rules out any possibility for separatism.

May 20. The United Nations says at least 7,000 Tamil civilians were killed and another 16,000 wounded in final days of fighting.

May 21. The Government announces a 180-day plan to resettle 80% of the estimated 280,000 IDPs in camps. Journalists continue to have no independent access to the camps.

May 23. President Rajapaksa expresses his intention to implement some version of the 13th Amendment to the Constitution, which devolves political power from the center to the Provincial Councils—a perceived concession to Tamil aspirations.

May 24. The last surviving senior LTTE leader, Selvarasa Pathmanathan, orders LTTE supporters to give up on a violent solution.

As an anti-Western mood rises in Colombo, President Rajapaksa praises Russia, China, Iran, and Japan which armed Sri Lanka in the last years of the war.

May 28. The UN Human Rights Council votes against establishing an inquiry into possible war crimes and human rights abuses in Sri Lanka. 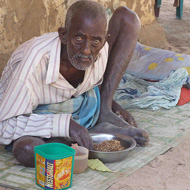 June 5. Sri Lanka’s Chief Justice expresses concern over conditions in IDP camps after his first visit, saying the people there were “beyond the protection of the law.”

World Food Programme now able to feed the people in the camps.

June 9. The ICRC is now providing food, water, shelter and sanitation as well as hygiene and essential household items to those in the camps.

June 11. Human Rights Watch calls for an end to the involuntary confinement of IDPs in Sri Lanka ‘s government-run camps.

June 12. The United Nations reports that access to the IDPs in camps has improved.

June 15. President Rajapaksa goes on a state visit to Myanmar, where he refers to the 25-year civil war as a “humanitarian operation against terrorism.”

June 16. Selvarasa Pathmanathan, the new LTTE leader, releases a statement from an unknown location announcing the LTTE’s plans to establish a provisional government of Tamil Eelam (an independent Tamil state in Sri Lanka ) while at the same time explicitly rejecting the use of violence to achieve this end.

Sri Lanka halts the work of its Presidential Commission of inquiry into human rights abuses with more than half the cases unresolved.

June 24. The Minister of Media, Lakshman Yapa Abeywardena, confirms that the government will reactivate the Press Council but says its purpose is not to control or suppress the media. Seven media rights groups submit a joint statement to President Rajapaksa expressing concern about this turn of events.

June 26. An astrologer with a weekly television show and regular political column in an opposition newspaper is arrested for predicting that President Rajapaksa would be removed from office on September 9.

June 29. The Sri Lanka Army will establish a Tamil unit with most, if not all, of the Tamil soldiers coming from the LTTE’s rival rebel faction, the TMVP. The unit will serve in the east.

July 6. Journalists are still not allowed free access to the Tamil IDPs held in camps.

July 7. President Rajapaksa explains that the IDPs cannot leave the camps because the region must be de-mined first for their safety.

July 9. The Government tells the ICRC to scale back its operations in Sri Lanka, but its work at the main camp is not affected.

July 10. The Minister of Media and Information releases a statement saying the reactivation of the Press Council is being done for the journalists’ “education” and “welfare”.

July 12. The Ministry of Defence calls the lawyers who are defending a media organisation on a Contempt of Court case “traitors” simply for acting on behalf of the defense.

July 20. It is reported that everyone age 60 and over has been released from the camps.

July 24. The IMF approves a loan of US$2.6 billion for Sri Lanka with relatively few strings attached. Britain , the US , Germany and France abstain from the IMF vote.

July 29. Human Rights Watch again calls for the immediate release of the IDPs.

Aug 7. The new head of the LTTE is arrested in a foreign country and brought to Sri Lanka.

Aug 08. The local elections are held in two northern communities with little incident. In Jaffna, the President’s ruling coalition wins the majority of the seats, but in Vavuniya, the Tamil National Alliance wins the larges bloc of seats.

Aug 17. Secretary of Defence, Gotabhaya Rajapaksa, defends holding IDPs in camps against their wishes on grounds that there may be Tamil terrorist among them.

Aug. 19. US Assistant Secretary of State openly raises concern about the “involuntary confinement”of IDPs in goernment camps. Of the 280,600 Tamils being held in camps, the Government says 144,000 have been registered and 100,000 identity cards have been issued. 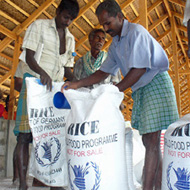 The Government says it plans to resettle another 50,000 IDPs in the coming two weeks.

Aug 28. The UN Special Rapporteur on extrajudicial, summary or arbitrary executions calls for an independent inquiry into the authenticity of the British Channel 4 video.

Aug. 30. Tamil journalist J.S. Tissainayagam is found guilty on three counts under the Prevention of Terrorism Act and sentenced to 20 years of hard labour. Sri Lankan and international organisations speak out against this verdict. The US State Department deputy spokesman reacted: “We continue to be concerned about the state of media freedom in Sri Lanka. Journalists remain under threat and consequently continue to practice self-censorship.”

Media access to the IDPs in camps remains restricted.

Sept 2. Sri Lankan Ambassador to the US says more than 50,000 people have been released from the camps, although this figure is later brought into question (See Sept 18.)

Sept 5. The Government of Sri Lanka makes assurances that the internally displaced persons in camps will be resettled as soon as the demining process is completed and infrastructure and basic services restored.

Sept 18. President Rajapaksa announces he expects all 265,000 displaced Tamil citizens who are living in camps to be resettled by the end of January 2010, with at least 70% resettled by the end of November. Thus far, fewer than 15,000 had been released from the camps, and it is reported that those who have been permitted to leave the main camps have simply been transferred to ‘transit camps’ closer to their homes.

The UN political chief, Lynn Pascoe, says “the situation in Sri Lankan camps for Tamils displaced by the recent war is putting reconciliation at risk.” 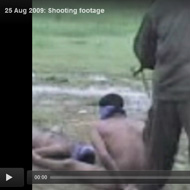