This campaign is closed.

More than a decade in the making…

Take Action — Let the Government of Canada know that you support a comprehensive Arms Trade Treaty that will reduce the massive illegal trade in arms that fuels wars and conflicts around the world.

The reduction of the illegal arms trade can save thousands upon thousands of lives in conflict regions around the world.

This campaign is closed. 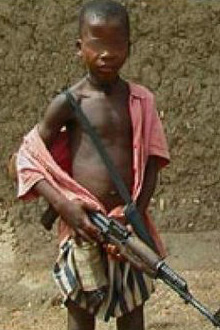 After more than a decade of preliminary research, discussion and negotiation, the final United Nations negotiations are underway  for an international Arms Trade Treaty.

Terrorist organizations and rebel groups around the  world benefit from easy access to an abundance of illegal weapons, particularly small arms and light weapons.

Small arms have been the primary or sole tools of violence in most conflicts over the past 20 years. Small arms are easily concealed during transport and easily trafficked to terrorists and to rebel groups around the world.

The proposed UN Arms Trade Treaty would address the illegal cross-border transit of all conventional weapons, ammunition, and related  equipment.

Misunderstandings about the proposed Treaty are threatening to derail negotiations.

A global Arms Trade Treaty would not impact the lawful use of guns within Canada. It  would not impact our hunters, fishers, or other recreational gun users. Each  country will retain full regulatory authority over domestic sales of guns  within their borders, including for sport, hunting, and collecting.

The Arms Trade Treaty is only about the illegal cross-border transfer and sale of arms and ammunition.

This Treaty is fundamentally in Canada’s best interests. Canada has security interests, economic interests, and human rights interests  in a curbing the global illegal arms trade.

A ratified UN Arms Trade Treaty will not stop wars, but it would go a long way towards minimizing the flourishing illegal arms trade  and reducing the current abundance of small arms and light weapons that fuel  conflicts around the world.

Please, make sure Canada supports a comprehensive Arms Trade Treaty during this final and historic stage of international  negotiations.