WHO SUPPORTS FRED AND YVES?

On April 28, a 17-person special Commission of the National Assembly of the DR Congo submitted its Report on March 15 arrests and related ‘Filimbi’ events. The Commission found no evidence against Fred and Yves and urged the country’s Attorney General to expedite the judicial processing of these young men. FULL REPORT (in French)

“In the absence of evidence, we demand the immediate release of Bauma and Makwambala” –  José Maria Aranaz, Director of the UN Human Rights Office [Sept 16, 2015]

Joint Resolution on the Democratic Republic of the Congo (DRC), in particular the case of the two detained human rights activists Yves Makwambala and Fred Bauma (2015/2757(RSP). July 10, 2015

On July 10, the European Union passed a Resolution that expressed the EU’s strong concern “about the continuous attempts to limit freedom of expression, peaceful assembly and association and the increased breaches of these freedoms by the authorities”. The Resolution called on the Congo to “immediately and unconditionally” release Yves Makwambala and Fred Bauma. Resolution passed 85 for, 0 against, 6 abstentions. FULL RESOLUTION

Government of the United States

US expresses concern over conviction of 4 Lucha youth activists. Sept 22, 2015.

“The United States is defending its support of an event in Congo, where an American diplomat, activists and journalists were arrested …”

“The embassy said it partially sponsored the meeting over the weekend that brought together youth activists, describing it as ‘part of our broader commitment to encourage a range of voices to be heard.”

” ‘These are well-known, well-regarded, non-partisan youth groups a well as the organizers of the weekend’s events intended to promote Congolese youth participation in the political process.’ “

“These young are held without charge and do not have the assistance of a lawyer. Therefore, they should be released.” — US Department of State spokesperson

Government of the United Kingdom

“We remained deeply concerned by the human rights situation in the DRC throughout the first six months of 2015. Violations and abuses continued at a high level.”.

“On 15 March, youth leaders from Burkina Faso, Senegal and the DRC were arrested in Kinshasa after a press conference and workshop organised by a coalition of youth organisations called Filimbi. The main speakers at the press conference, along with around forty other individuals, were detained by the security services. The authorities portrayed the youth leaders as terrorists, with the Minister of Communications accusing them of “fomenting unrest and promoting violence”. The authorities released most of the detainees in the week after their arrest, but two remained in detention: Fred Bauma, member of the youth movement LUCHA, and Yves Makwambala, the designer of the Filimbi web site. Both were reportedly held without charge or access to legal assistance, and were brought before judicial authorities only after considerable delay. Officials from our embassy in Kinshasa joined other international observers in monitoring court hearings in the case and those of a number of other activists detained in recent months.”

In addition, the Government of the UK has twice lobbied the Government of the DR Congo “to raise our concerns about the ongoing detentions of Fred Bauma and Yves Makwambala. We continue to urge the DRC government to act on the recommendations of its Parliamentary Commission of Inquiry into the arrests.”

“The arrests of at least 26 activists and others in Kinshas on March 15, 2015, raises serious concerns of a broader crackdown on free expression before the 2016 Democratic Republic of the Congo presidential elections.”

On June 15, over 200 rights groups signed an open letter calling for the immediate and unconditional release of Fred Bauma and Yves Makwambala. 14 international organizations

Floribert Chebeya was the leading human rights defender in the DR Congo until his murder in 2010. He was the head of the Congolese organization, Voice of the Voiceless. He was found bound and gagged in the back of his car.
Five policemen were charged with his assassination and convicted of his assassination. 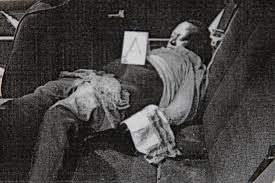 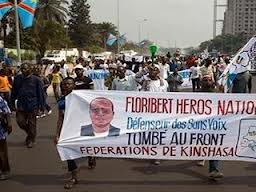