INDEPENDENCE AND A YOUNG STATE

1947. Multi-party general elections were held and D.S. Senanayake became the first Prime Minister of Ceylon. On February 4, 1948 Ceylon became an independent country within the British Commonwealth of Nations.

1956. The Sri Lanka Freedom Party (SLFP), under the leadership of S.W.R.D. Bandaranaike, campaigned in the general elections on a platform of Sinhalese nationalism. They won by a large margin and Bandaranaike became the fourth Prime Minister of Ceylon. Almost immediately, the new government enacted a bill to replace English with Sinhala as the country’s only official language.

Tamil youth protested against the Sinhala Only Act which they saw as limiting their opportunities for higher education and employment. The more educated segments of both the Sinhala and Tamil populations had learned English in school, but only the Sinhalese were fluent in Sinhala.

Tamil protests were countered by Sinhalese anti-Tamil riots, ushering in the long period of Tamil-Sinhalese communal violence and reprisals.

1958. Periodic disturbances culminated in deadly riots in May 1958. More than 200 died in these riots, most of whom were Tamils, and many more Tamils were displaced from their homes. The government imposed a state of emergency that lasted for 10 months in an effort to stop the violence and restore order.

Sinhalese and Tamil parliamentarians worked together towards a compromise, but the 1958 “Sinhala Only, Tamil Also” version of the language law did not give Tamils the full equality they wanted, and indeed had expected, at the time of Independence .

The 1970s saw a sharp rise in tensions. Sri Lanka slipped closer and closer towards war as Tamil resentment grew bitter at the growing marginalization and militarization. Tamils were frustrated by successive legislation that made them feel like second class citizens in their own country. Throughout the decade there were sporadic eruptions of Tamil-Sinhalese violence.

1972. In 1972, the Government changed the name of the country from the colonialists’ Ceylon to Sri Lanka —a name that Tamils viewed as being pro-Sinhalese. The new 1972 Constitution gave a special place to Buddhism over other religions by stating that: “The Republic of Sri Lanka shall give to Buddhism the foremost place and accordingly it shall be the duty of the State to protect and foster Buddhism,” while assuring rights to all other religions. While the Sinhala Only language law was further modified in 1973, Tamils were still required to know Sinhala to get civil servant jobs in the government.

1975. With no compromise in sight by the Sinhalese-dominated parliament and as additional legislation was implemented that the Tamil minority opposed, radicalist voices emerged. In 1975, the Tamil United Liberation Front (TULF) was created with the primary goal of demanding a separate independent state for Tamils, which they called Tamil Eelam.

1976. Velupillai Prabhakaran founded the Liberation Tigers of Tamil Eelam (LTTE). This militant group,  the ‘Tamil Tigers’, vowed to use armed force to create an independent Tamil state in the northern and eastern provinces of Sri Lanka . It immediately attracted disaffected Tamil youth who saw limited educational and economic prospects for themselves in the Sinhalese-dominated society.

1977. In the 1977 elections, the newly formed United Liberation Front party won all seats in Tamil-dominated areas of the country.

1979. The President declared a state of emergency in the Tamil areas and sent in the army to restore order. The already tense situation was enflamed, however, when the military reportedly killed Tamil youth and the LTTE retaliated by killing police.

By the end of the decade, the Northern Province and Eastern Province were hotbeds of Tamil discontent and separatist sentiment. 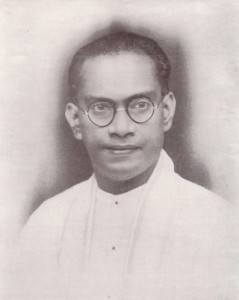