THE WAR RAGES TO AN END

Although the Norwegian-negotiated ceasefire was technically still in place, the frequency and severity of violations ultimately returned the conflict to all out war. The war raged throughout 2006. Soldiers and civilians were killed; ordinary Tamil citizens were displaced from their home as they fled the war.

The Jaffna peninsula was once again cut off from the mainland by heavy fighting. Tens of thousands of people were displaced. International aid agencies drew attention to the plight of Internally Displaces Persons (IDPs) who lacked the basic necessities for survival.

With the support of former LTTE Commander Karuna and the insurgents loyal to him, Government forces successfully re-gained control of the entire Eastern Province. This was a major defeat for the Tamil Tigers who had held the territory since 1983. LTTE fighters evacuated the east and re-grouped in the north. The fierce fighting in this final battle left tens of thousands more civilians displaced in the Eastern Province.

The LTTE launched its first air raids on a military base next to the international airport in Colombo , the capital of Sri Lanka.

The civil war continued in the north. Heavy fighting brought more civilian casualties and more IDPs. It was reported that more than 60,000 people died in these first 15 years of civil conflict. 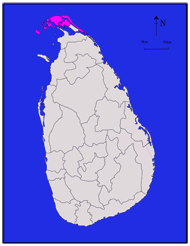 For all intents and purposes, the 2002 Ceasefire Agreement has existed in name only since 2006. In mid-January 2008, the Government of Sri Lanka formally withdrew from the Ceasefire Agreement and then embarked on a major military offensive against the LTTE in the North. President Mahinda Rajapaksa promised that the war would be over by the end of the year. His brother, Gotabhaya Rajapaksa was Secretary of Defence and responsible for making this happen.

Casualties of War . In the north, Government forces, LTTE soldiers, and Tamil civilians were killed in the fighting. There were several LTTE suicide bombers attacks in Colombo . One killed a government Minister, another killed nearly 40 people during Independence Day celebrations, and another killed 12 and injured almost hundred more in a train station in Colombo . The death toll for the conflict rose to more than 70,000.

Personal Attacks . Some deadly attacks were directed at specific individuals. The United Nations and Human Rights Watch expressed concern about the hundreds of people, mostly Tamils, who had been abducted and disappeared.

IDPs . The plight of the more than 200,000 IDPs turned catastrophic in September. The United Nations and all aid agencies were forced to leave the north when the battlefront moved forward and the Government said it could no longer guarantee their safety. Subsequently, the United Nations ran regular convoys with food aid to the north, although they were sometimes delayed due to the fighting.

Detention. The Public Security Ordnance was modified to allow the police to detain a person for up to 18 months without charge, but was later reduced to 12 months.

Battlefront. Through the fall, the military made daily claims of gains on the LTTE taking back and holding small pieces of territory day after day. Government forces very gradually gained ground taking control of LTTE rebel territories and towns. Although the Tigers were in retreat, they were able to carry out an audacious night time raid in late October hitting a military base and a power plant, and reportedly dropping two bombs in the harbour in the high security area of Colombo just blocks from the Ministry of Defence.

Media and Information . It became difficult to know precisely what was happening in the country due to severe censorship. The government cracked down severely on the media, introducing sweeping new censorship legislation. A television debate program about the proposed broadcasting laws was abruptly halted—while live on the air—by the government censors. Even BBC local broadcasts were subjected to government censorship.

After arrests, murder and disappearances of journalists, members of the media were afraid to say or write anything that could be construed as being against the war.

War Budget. The government of Sri Lanka spent approximately $1.5 billion in 2008 on the war against the LTTE.

At the end of 2008, the Government had not won the war as promised, but the end was definitely in sight. The Government’s commitment to a military solution to the conflict was unwavering.

Woman displaced by the war

After his death, an extraordinary editorial that had been written by Wickramatunga was published posthumously. “When finally I am killed,” he wrote, “it will be the government that kills me.”

This powerful article galvanized the international media and international community to focus their attention on the conflict in Sri Lanka . Attention quickly settles on the humanitarian crisis facing Tamil civilians in the LTTE-held territory.

Battlefront. The Government started the new year with a major milestone—the capture of Kilinochchi, a city in the north that had been the Tamil Tiger’s de facto headquarters for 10 years. This was another major blow to the LTTE and a psychological boost, as well as a military one for the Sri Lankan forces.

This victory is followed by capture of Elephant Pass , which against restored the land link between the Jaffna Peninsula in the far north and the Sri Lanka mainland.

Through February, March and April, day after day, the Government forces pressed forward squeezing the Tamil Tigers into a smaller and smaller area.

IDPs. As the government forces continue to gain ground on the Tamil Tiger forces, more Tamil civilians are displaces as they are forced to continue to keep moving to stay ahead of the battlefront. Ultimately they are caught between the advancing army and the Tamil Tigers.

The government declares as ‘safe-zone’ for civilians, but the safe zone is bombed killing many civilians inside. A makeshift hospital hit by shelling killing patients inside. The Sri Lankan military and the LTTE blame each other. The pediatric ward of a hospital in the war zone is hit by cluster bombs.

End Game. In late April, the Tamil Tigers were surrounded on a 5 kilometer strip of beach on the northeast coast of Sri Lanka . It was estimated that they had 120,000 Tamil civilians with them. When Government forces broke through a bunker, a flood of more than 50,000 people poured through the opening. But 60,000-70,000 more remained with the Tamil Tigers in their shrinking pocket of territory, without food or supplies of any kind. Only in the last days of the conflict, were the last 25,000 or so civilians rescued and taken to government ‘internment’ camps.

During this ‘end game’ the Government refused all international organisations access to the 100,000 IDPs already in camps. The crisis turned to catastrophe as some of the camps were hit by bombs in the final military advances. The only hospital in the war zone was repeated shelled forcing the doctors and other staff to abandon it on May 14.

CONTINUE: A Tentative Peace (May 2009-present) 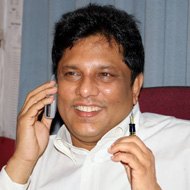