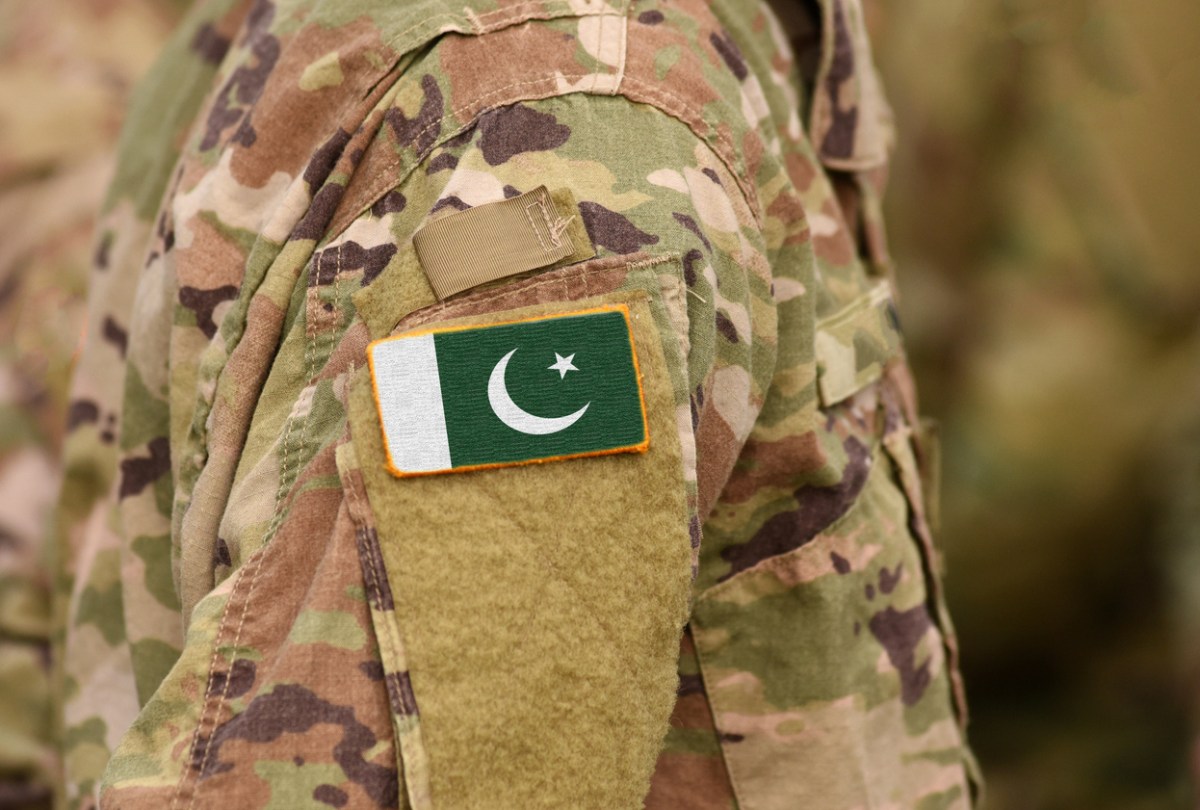 The military poses an imminent danger to the existence of Pakistan. The military’s internal factions and fierce tribalism are behind Pakistan’s economic meltdown, social fragmentation and political disintegration. A simple answer to a seemingly very complicated problem like the failing of a state. The story of Pakistan is the story of its military.

Today, the military’s intelligence agencies control and run the government and state of Pakistan with not a single governmental division, department or agency is out of its grasp. The military also maintains a strong grip on the private sector and civil society. Politicians, bureaucrats, lawyers, doctors, journalists, academia and even sportspersons and artists and non-profits along with usual suspects like clergy and various religious groups are parts of this behemoth. The system increasingly looks like a leaf out of the playbook of Communist Party of China where everything that exists, represents the party. Likewise, in Pakistan, the penetration of the military is so complete and subjugation of people is so extreme that it’s hard to imagine the society having the capacity and resilience to prevent the ultimate collapse of the country.

The world map has ever been and still is littered with dictatorships of countless forms, shapes and hues. There are military states led by coterie of generals, there are party dictatorships, there are quasi-democratic states and there have been totalitarian states. Pakistan parallels some features of these countries and yet, it is unique, and over the years, has evolved into a home-grown, improvised model that has its own distinct features. It is not a classic case of military usurping power and then a coterie of generals establishing a dole system to stifle dissent and run the country for decades like in Sudan or Myanmar. Nor is it a system that revolves around a strongman and when he falls, the system falls, and state is liberated. It’s not an ideology making the people and state hostage like China or North Korea and it is not Iran where theocracy spreads its tentacles to capture all assets of state. It’s bit of each. The reason perhaps is that, it is not a thought-out, single event, single purpose putsch or coup. And this is why it is deadlier and lethal than all other forms of dictatorships.

The country is run through military’s various intelligence agencies, chiefly Directorate of Inter Services Intelligence (ISI) that commands hundreds of thousands of salaried staff who then ‘employ’ and control millions of people through an invisible network of reward and coercion. Appointments of almost all government jobs require clearance from these agencies who make sure that the appointee is like-minded. There is a sham political process in place where elections are held, and member of parliament are ‘elected’. But these members of parliament including the prime minister is hand-picked through massive ballot fraud and later by a process that now has a name in Pakistan’s political discourse – political engineering.

Latest political developments in Pakistan are clear indicators of the state of affairs in Pakistan. The current army chief wanted to stay at the helm for three more years after completing his 3-year tenure. The Supreme Court for the first time in history decided to resist a bit and asked the parliament to amend the law to grant chief the extension he was asking for. Entire parliament barring couple of deputies from tribal areas, voted unanimously for extension including the opposition leader and a leader of popular Peoples Party who are otherwise staunch supporters of civilian supremacy. The scene was reminiscent of Middle East democracies where deputies are selected through ‘ballot’ but can’t even think of opposing the monarch.

Since all judges, government functionaries and media are appointed by the state, there is no accountability of anyone. Accountability is used only if some politician, judge or bureaucrat falls out of line with the military. This system not only ensures that dissent is kept under check, it also helps widen the network for the economic benefits and gains of military.

Formally, out of the $26 billion the country collects in terms of taxes, around $13 billion go to military for operations, salaries and pensions (doesn’t include arms procurements). More than $11 billion goes to debt servicing and the entire federal and provincial government structure is left with little less than $2 billion to spend on 220 million people. Since the expenditure is $39 billion, the rest comes from external and internal debt. So how the military funding its Jihad projects in Afghanistan and Kashmir? The answer is the black economy that is run and governed by the military. The conservative estimate of the size of this economy is around $50 billion. This mainly comes from untaxed and undocumented real estate deals where military has almost monopoly, untaxed imports, sale of national assets, massive financial corruption in public and private sector and running of cartels.The military used the black market money to open new businesses, dole-outs to military and like-minded civilians and running of proxy networks both inside and outside the country.

The rise of Pakistan army out of its barracks and into domains of foreign and security policy started right from the time of country’s birth when defying the orders of its British chief and with a nod from country’s founder Jinnah, brigadiers and colonels in military headquarters organised a civilian tribal rag tag force and intruded in Kashmir as Kashmiri ruler was mulling an accession agreement with India. The force captured a large swath of mountains known today as Pakistani Kashmir before being pushed back by the Indian army. The new Army chief Ayub Khan started sitting in cabinet meetings in 1951 as defence minister and started making political alliances to topple the civilian governments. Seven prime ministers were knocked off through behind the scene political machinations allegedly orchesterated by military in 10 years before Ayub Khan forged a permanent security alliance with the US and staged a coup to formally take over. A brief interlude of civilian rule came in early 70s after the Pakistani military suffered a resounding resounding defeat by India in the 1971 war that resulted in the loss of half of the country’s territory and the establishment of the independent country of Bangladesh. In 1977 when General Ziaul Haq led another military coup that toppled the government of Zulfikar Ali Bhutto, the country’s only powerful civilian prime minister and later hung him. This marked the completion of military’s control over country’s political system and soon the military started sweeping aside other civilian institutions like judiciary and parliament through their spy agencies. This is work in progress that continues till today.

A PAK SPRING? NOT GOING TO HAPPEN

A grass-roots people’s uprising against the military like the one we saw in Sudan lately, though theoretically possible, is unlikely to happen. All places of public discourse – politics, labour unions, student unions civil society organisations are completely controlled by the intelligence agencies. Information that comes from media is run by the agencies and dissent is strictly put down through judicial or extra-judicial means. Lies and false narratives fed to the public by the military – for generations – leaves society divided and inert.

There are other potent and imminent threats that may bring down the façade of the state sooner than the public resentment.

THE FRAGMENTATION OF THE MILITARY

The first and foremost threat to the state is fierce internal infighting among its various agencies. Over the last three decades the military and its intelligence agencies have become divided and are at war against one another. The primary cause of the fissions is a battle to take control of the helm to steer the country in a particular direction. The ever-shifting military policies (sometimes pro-jihad and at other anti-Jihad) helped prop up shenanigans that refused to adhere to chain of command and continued with old policies to benefit themselves and their proxies. They never severed ties with old clients and discreetly continued to paddle policies that contrary to official narrative set by the military leadership. These competing interests developed over a long period of time, have produced an all-out war within. The once hidden divisions and conflicts have spilled out in open public spaces. The military that once controlled all arms and institutions of the state, still controls, but various groups controlling various civilian institutions, outfits and proxies. The problem is exacerbated by foreign patrons who are involved with their own competing interests and desires to manage the outcome in their own favour.

Lately we have been witnessing rapid-fire political developments in the region – in Iran, India and Pakistan. Leaving the first two aside, In Pakistan is going through convulsions triggered by power tussles amongst various players and actors. The latest signs indicate (though by no means permanent) that Army Chief General Bajwa who was reportedly facing stiff resistance from within military, has somehow managed to stay in the saddle for time being, reportedly pushing the institutional opposition aside for a while. The opposition actors and their civilian proxies (like Pakistan Muslim League of former prime minister Nawaz Sharif and Pakistan Peoples Party of Bilawal Bhutto, son of former prime minister Benazir Bhutto) seems to have quietened down. It is not expected that this ‘victory’ will last long.

Various military factions are being wooed by competing international players – the US, China, Iran, Russia. The current geo-political landscape and shifting alliances in the region morphs the longstanding internal Pakistani power challenges into a bigger question about power in the Indian Ocean, Persian Gulf and South China Sea.

The US and the West have pulled back from their patronage role for Pakistan military. Lately, the only glimmer of hope for the military state was China, but Pakistan is embroiled in a multi-prong strategic challenge from the US and China’s abilities to sponsor a client state are severely limited.

If the military implodes, then country becomes ungovernable. There will be nothing in civilian inventory to replace the old state structure.

Whatever the outcome of this battle, the victor will never be strong enough to rule unchallenged and the loser will not be weak enough to concede and vanish. The state of Pakistan will be irrevocably changed. The acute sense of alienation and worst economic conditions in the provinces could give rise to complete lawlessness and economic collapse.

While the probability is low. There is one potential survival scenario. If the military as an institution somehow survives this internal war, it will have no choice but to cede power to civilians otherwise the foreign aid and trade necessary for immediate survival will not be there. Even in this most unlikely scenario, it’s further unlikely that civilians will be able to govern because they never have and would face enormous and urgent problems.