At the 1885 Berlin Conference, King Leopold II of Belgium is officially granted personal ownership of the Congo Free State, including its enormous natural resources. After his ruthless and cruel practices come to light, the Government of Belgium takes control from King Leopold and re-names its colony, the Belgian Congo. The country becomes independent on June 30, 1960, and is re-named République du Congo (Republic of Congo). A few months later, Army Chief Joseph-Désiré Mobutu leads a bloodless coup and becomes President. In 1971 he changes the country’s name to Zaire. Mobutu’s 31-year reign is characterized by dictatorship, ‘kleptocracy’, extreme corruption, nepotism, embezzlement, and human rights abuses.

The First Congo War (1996-1997) was an inter-ethnic war sparked by the sudden influx of more than a million Hutu refugees (including genocidaires) who had fled the 1994 civil war in Rwanda and taken refuge across the border in eastern Zaire.

In 1997, Laurent Désiré Kabila leads the Tutsi AFDL rebel group in deposing President Mobutu–with substantial support by Uganda and Rwanda. President Laurent Kabila gives the country its current name, the Democratic Republic of the Congo. The Second Congo War (1998-2003), also called the Great Africa War, embroils 8 countries and about two dozen rebel groups, most of which are ethnically-based. President Laurent Kabila is assassinated in January 2001 and his son, Joseph Kabila, succeeds him as President. 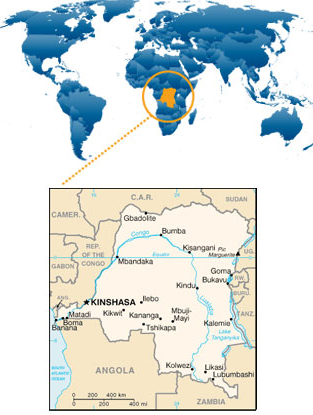 The Second Congo War is responsible for the deaths of up to 5 million Congolese citizens. The war ends with a peace agreement and power-sharing agreement among most of the key combatants. In 2006, President Joseph Kabila wins the (mostly) free and fair democratic elections, and in 2011 is again declared President, this time in spite of gross irregularities in the voting process and vote count.

From 2004 until present, armed conflict has continued in the eastern region of the DR Congo. It subsided after a March 2009 peace agreement with the CNDP Tuti-led rebels, but peaked again in 2012-2013 during the lifespan of the M23 rebel group. 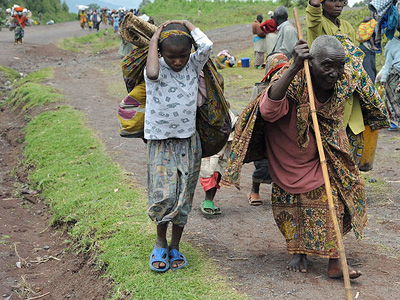